Register now to study with our stellar faculty that
has sent over 50,000 students to
various universities all across Pakistan! 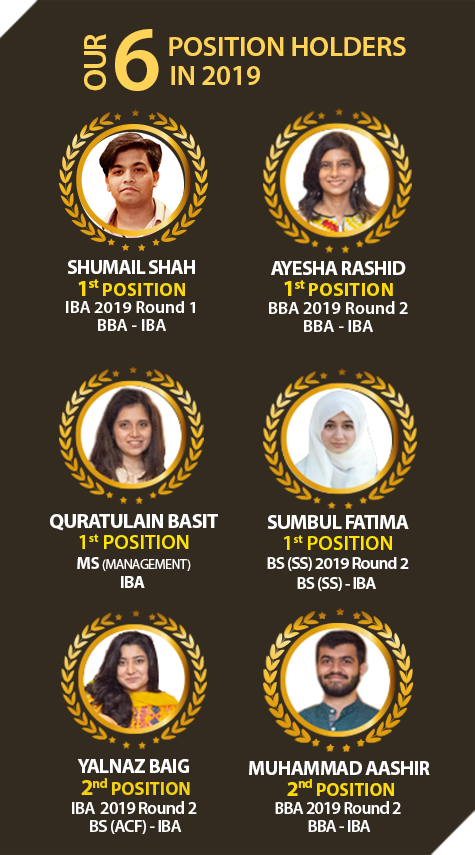 Since 1989 over 47,000 students have successfully prepared with us and gained admissions into the colleges of their choices. Anees Hussain test preparation courses have helped thousands of students achieve their dreams of studying in the universities of their choice, both local and international. Our team of expert faculty trained in the Anees Hussain Way of teaching and our comprehensive materials ensure that our students are completely prepared for their exams and perform better than they ever have before. 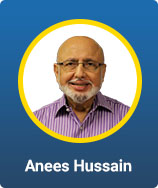 Anees Hussain did his O’Levels from Karachi Grammar School, and then proceeded to England for his Advanced (A) Levels. He studied at Cambridge University for an Engineering degree and then proceeded to Columbia University for a Masters in Industrial Engineering. While doing his Masters, he also studied for a degree in Business Administration at Columbia's Graduate School of Business, and at the end of four years, graduated with a Masters of Philosophy in Business Administration as well as a Master of Science in Industrial Engineering.He also taught at the Graduate School of Business, Columbia for four years and received the distinguished teaching award. On returning to Pakistan, Mr. Hussain established his tuition center in Karachi in 1989 with the aim of making the pursuit of education a fun-filled and intriguing experience for the young scholars of this country. His method of teaching, so successful in Columbia, soon gained favour amongst the youth of the city and within a year his students were achieving unheard-of success rates.

Salman, a Director at Anees Hussain, started his teaching career teaching Mathematics with Mr. Hussain in 1995. He graduated from the Institute of Business Administration (IBA) in 1999 with an MBA in Finance and has worked for Habib Bank Limited as a Credit Officer and Procter & Gamble Pakistan Limited as a Financial Analyst. in 2002, He joined the Anees Hussain team as a full-time member and currently is serving as Director Finance. He is available at the main campus at DHA Phase 4.
You may reach him at 021-5893385 / 5388455 or email him at salman@aneeshussain.com. 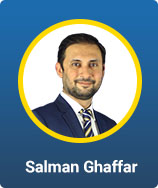 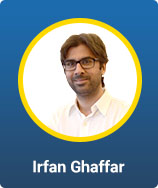 Irfan is an MBA (2004) from the Institute of Business Administration (IBA) Karachi with a major in marketing. After graduation, Irfan joined the corporate sector and worked for PSO and Habib Bank Ltd. he then joined Anees Hussain Educational Institutes as a Director in 2006. Irfan started teaching in 2000 and has been a teacher and a trainer for over 19 years now. He has prepared thousands of students for various Admissions and Aptitude tests including SAT, GMAT, GRE , IBA, LUMS, CBM & SZABIST. Irfan has conducted various training workshops at IBA and CBM for final year graduating students. He has trained many teachers on effective communication and delivery and has also conducted training workshops at the corporate level. Irfan has also been an adjunct faculty member at SZABIST. He is based at the Gulshan Campus and may be reached at 021-34993996 / 34989588 / 34993726 and at irfanghaffar@gmail.com.

Nouman is an MBA from the Institute of Business Administration, Karachi and has worked for Shell Pakistan and MCB Asset Management. He has prepared students in Math and Verbal since the year 2002 for all International and Local admission tests. He is currently serving as the HR Manager and is responsible for hiring and training our talented group of teachers and administrators. Apart from this, Nouman also regularly develops new preparation materials in order to ensure that our students get the best preparation. He is available at the Bahadurabad and North Nazimabad campuses, and may be reached at 021-6634284 / 6631160. His email is mnoumang@hotmail.com. 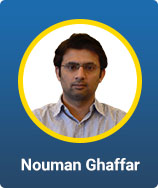